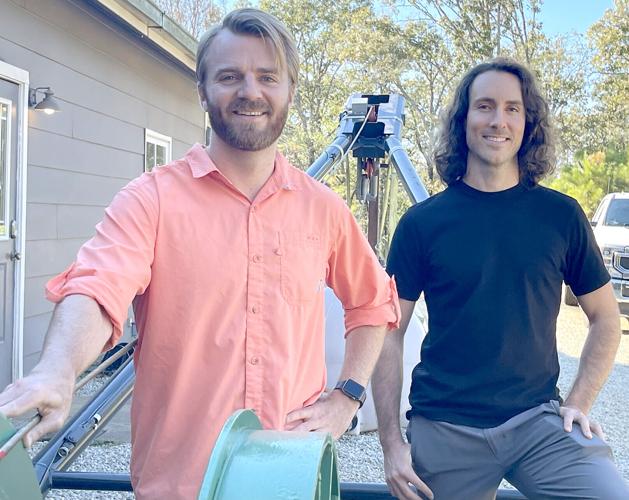 Through the technology she wields, old oil and gas wells will eventually become a source of renewable energy to strengthen power grids. From the minds of two men who met while in graduate school at Stanford University, this large piece of machinery is a prototype of what could revolutionize renewable energy storage methods..

It all began in the woods near Palestine, where co-founders Kemp Gregory, 31, and Stefan Streckfus, 32, lived and worked at product design and innovation firm PCDworks‘ Hard Tech Base Camp.

Gregory and Streckfus are co-founders of the startup company Renewell Energy, which seeks to transform 3.1 million inactive oil wells in the United States into storage devices for renewable resources. Their pursuit of renewable energy began two years ago.

The fundamental purpose of Artemis Prime, which Gregory and Streckfus jokingly refer to as their first-born daughter, is to be a prototype for a concept unique to the startup: gravity-based energy storage in oil and gas wells.

Her name hearkens back to a Greek goddess and sounds similar to a character from “Transformers.”

“We started calling it Artemis Prime because it sounded like Optimus Prime, and it’s the first one ever, so prime doesn’t sound that absurd,” Gregory said. “Now, she’s Artemis Prime, Artie, AP, first-born daughter.”

Gregory, CEO of Renewell Energy, explained as Artemis Prime’s wire rope drops down into the deep hole of a former well, potential energy can be stored.

As the rope spins, it is connected to a gearbox that’s a part of a motor. When that motor spins in reverse, it becomes a generator creating power.

“It’s releasing electricity back to the grid. It’ll be plugged into a pole and wire that feeds into the big grid,” Gregory said, adding as the machine goes back down the well, the energy is reeled up again.

On a dry-erase board, Gregory demonstrated the need to collect renewable energy like the wind that can be stored to help the power grid.

He noted the highest use of electricity is from 4 to 7 p.m., while the wind often blows the most late at night when the demand is down.

The wind is unpredictable and its timing or supply doesn’t typically match energy consumers’ demand, he explained.

“We can absorb this energy (by lifting the weight from the well). We’ll be ready for that energy stored to drop into this space,” Gregory said referencing collecting wind energy at night to use for other parts of the day.

Streckfus, Renewell Energy chief technical officer, said while the winter storm in February made people more aware of the need for power grid improvements, many people over the last decade have tried to come up with ways of energy storage that can be done cheaply and shift the supply to the demand.

“Everything has behaved the way we wanted it to behave and that means it’s time to try it in the field,” he said.

Streckfus said it has been nice to see the worlds of the oil industry and renewable energy coming together while working on the project. The project will give oil wells a second life and reduce the big costs related to dismantling an old well.

They will take Artemis Prime to an oil well north of Dallas in about a month to be converted into an energy storage system, Gregory said.

“Then we’ll be a real startup,” he added with a laugh.

Gregory said he and Streckfus are always making a joke after each milestone about asking if their company is a real startup yet.

After field-testing goes well, then it’s time to build a bigger one and try it in a lab. That will be the commercial project that’s cheap enough to actually make some money, Streckfus said.

The pair said they feel a sense of humility as they’ve encountered their share of high and low points during the process before reaching the milestone of producing a prototype.

“You don’t know where it’s going to go, but it’s full of the most adventure and that’s for sure,” Gregory said. “I think we’re just going to have ups from here on out.”

As the journey continues, Streckfus still has a level of excitement. Despite thinking they would be done sooner, he’s thankful for the valuable lessons that obstacles and difficulties provided.

‘An amazing place to be’

Thanks to their time at PCDworks, the duo has been able to work on multiple aspects of the company, such as fundraising and speaking with investors, while completing their prototype.

PCDworks provides people like Gregory and Streckfus with the resources of testing labs, engineering shops along with 15 scientists, engineers and technical development experts.

The company’s website says it is a “New Product Development Design and Innovation firm specializing in the development of game changing solutions and technologies,” and co-founder and vice president of PCDworks Mike Rainone said the projects accepted to be a part of the firm must be well-vetted and viable.

Rainone said the key to finding a successful new product is finding a solution to a problem that makes people’s lives crazy.

PCDworks began in 1997 in Arlington with Rainone and his wife Donna, but moved out to its current location in 2000.

Streckus first met Rainone several years ago before he went to Stanford while was working on a broiler for Burger King. Streckfus worked at Burger King for about six years, designing, sourcing and commercializing kitchen equipment.

A company wanted to develop a new broiler for the fast-food chain and was using PCDworks as a resource. Streckus just quit Burger King and started doing consulting for that same company working on the broiler.

“I got to come out and be in this room working on some cool broiler concepts,” Streckfus said, referencing the conference room at PCDworks. “When I came out, I fell in love with the place.”

Streckfus said the campus provides the same sort of calm lifestyle as in his hometown in North Carolina.

Rainone has become somewhat of a proud papa to Gregory and Streckfus.

“They’re wonderful young people. They’ve done this whole thing and raised a lot of money and got investors,” Rainone said.

Getting to work with people with brilliant minds and those willing to take their time to be supportive has been amazing, Streckfus said.

“There’s a bit of beauty of humanity that’s been in this experience. I’ve never had to ask so many people for help so frequently, which is pretty uncomfortable for me to be honest,” he said. “The amount of people that say yes — it’s been thrilling.”

If they didn’t have the PCDworks’ team, Streckfus said he and Gregory would have to become versed in areas outside of their knowledge.

Gregory recalled thinking they would be on the campus for three months at the most.

“Obviously, that was a long time ago, but of all the places to be stuck working on what you want to work on, this is a pretty amazing place to be,” he said. “It’s beautiful aesthetically, but also like Stefan said it’s full of really great people who are willing to help — Mike and Donna being the foremost.”

Streckfus agreed he didn’t foresee staying at PCDworks for long, but it was something they needed. He noted places that focus on hard technology rather than software are hard to find.

“There’s a lot of startups that want software concepts to be developed. There aren’t that many places that support us trying to build the 8,000-pound behemoth,” he said.

PCDworks’ capabilities freed up the duo to do other necessary work and the process was made much more efficient.

“I can go from working on fundraising to working on engineering as long as it takes me to walk from the office to the shop. So about 45 seconds, and that’s amazing,” Gregory said. “I can’t really think of another circumstance in which you could do that.”

Rainone said he hopes to see more folks with well-vetted ideas in need of incubation — like Gregory and Strekfus — come to his campus.

Gregory worked for Shell as a completions engineer and traveled to Argentina, Canada and West Texas. He was living in Argentina when he determined he didn’t want to work for a big oil and gas company anymore, but he wanted to stay in energy. He would need a better understanding of clean tech to make a move, so getting a degree made sense, he said.

Streckfus shared a similar sentiment that he knew being an engineer for Burger King wasn’t his desired path. He said he wanted to do something that would have “a more lasting positive impact,” and that took him down the path to renewable energy.

The path has led to the creation of Artemis Prime.

Gregory said the prototype is a one-of-a-kind, and future projects will be called gravity wells. 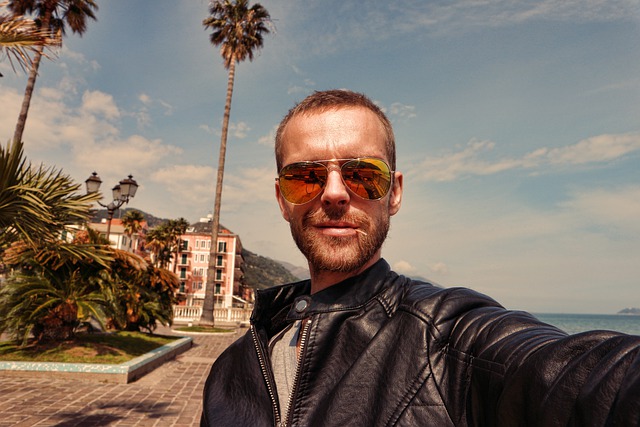